Neuro web copywriting is the application of the discoveries of neurosciences and cognitive psychology to web writing, in order to enhance the effectiveness of your communication.

The expression is quite new: terms as Neuromarketing and Neuro Web Design are certainly more familiar to the reader. However, there are some basilar differences in meaning among these three words that are important to know.

While neuromarketing has a strong focus on selling, neuro web copywriting is a general purpose tool. It can be utilized also by those web content writers that do not need to sell anybody anything. Yet, both disciplines utilize the same common root of scientific knowledge.

Neuro Web Design, on the other hand, is the science to optimize the design of web apps and web sites, in order to make them human-friendly, ergonomic and able to deliver the best user experience.

For example, almost all web content writers know that the utilization of the scheme of the inverted Pyramid increases the chances that an article may be read. The scheme of inverted is anything else than an application of the principle of cognitive psychology that the human brain needs to know everything right away.

In this scheme, the newsworthy information is put at the beginning of the article to increase the chances to catch the reader’s attention by going straight to the point. Not surprisingly, this technique is heavily used by journalists.

What can I expect from the application of neurosciences to copywriting?

Mostly, an increase in conversion rates, as your copies should become more readable, interesting and user-friendly. It comes by itself that a clear and well-organized content works better than a heap of poor, disorganized and confusing periods.

However, the benefits of the application of neurosciences to writing can be even greater. For example, the discovery that products sell because of their benefits (and not because of their features) changed the world of advertisement and started modern copywriting.

Yet, 95% of new products still fail as a consequence of the fact that this basilar principle is neglected. Though, neuroscientists teach us that our brain has been trained by natural selection to be self-centred and to search for the fastest satisfaction of a specific need.

In other words, asking consumers to work out the benefits of a product by the analysis of its features by themselves won’t work, as consumers are too lazy or too pressed to waste their little precious time in this operation.

Another example is Inbound Marketing. In the 90ies, it came out that most classic push ads had lost their efficacy. Inbound marketing, which is based on a softer, indirect approach of persuasion, spread quickly as the best solution to this problem and made the fortune of many bloggers.

What is there behind the success of Inbound marketing? A reaction that neuroscientists call “fly or fight” is activated by our brain every time we feel in a dangerous situation. This is exactly what happens when somebody tries to sell us something with a too aggressive technique, as it is the case of many push ads.

On the contrary, a peaceful page rich in explications of the pros and cons of a product is more likely to catch readers’ attention and to set us in a favourable attitude towards a possible purchase.

What are the most popular and useful techniques?

Neurosciences can be helpful to web content writers in many ways. For example, to catch the attention of the reader: put the most relevant contents on the left top corner of your page, as it is demonstrated that readers move along a web page making a kind of Z with their eyes

Other suggestions that we can take from neurosciences are less immediate. For example, according to many psychologists, women give more importance to the social context than men and are keener on details.

Therefore, writing for a female audience may be more challenging, as small flaws could cost a writer much more than in the case he writes for a male audience.

However, the most powerful insight that copywriters have taken from psychology is the importance of fears: fear of death, fear of suffering, fear of social disapproval… the list is long.

Fears are anything else than the darkened side of emotions. As human beings, we are strongly conditioned by our emotions. Therefore, fears are often at the core of any strategy or campaign that aims to convert people to something, from marketing to policy.

The most noticeable application of this discovery is Nazi propaganda. Nazis built their success by leveraging on a well-selected set of fears that were very common among Germans in the period of the 20ies.

Democratic nations are not far behind, anyway: reflect upon this point, it would not be difficult to find some good examples taken from the political life of your country.

Where can I find some resources on neuro web copywriting?

Despite this term is quite new, the application of psychology to writing (in particular to copy-writing and ads) is quite old. Then, there is a good quantity of materials available both online and offline. Yet, you have to search for topics like neuromarketing/neuro web design, instead of neuro web copywriting.

Paul Mac Leen’s Triune Brain Model had been rock theory for anybody who wishes to approach this matter for long. However, new discoveries have led scientists to abandon this theory (on this point, read Peter Farley’s post on the Yale School of Medicine Magazine).

Susan Weinshenk, a behavioural , and the and designer Jakob Nielsen are two leading figures in the world of user experience design. Their studies are often useful also for web content writers.

Antonio Damasio is a professor of neurosciences that stress the importance of emotions in high-level cognition. Daniel Levitin inquiries the deep relations between and music.

Professor Ale Smidts coined the word “Neuromarketing” in 2002. Though, the most influential exponent of neuromarketing is considered to be Martin Lindstrom, author of the bestseller “Buyology”, where he investigates how customers are influenced by ads and other messages.

Other eminent exponents of this movement are Gerald Zaltman, professor at the Harvard Business School, Elissa Moses, founder of the Global Neuroscience and Behavioural Science Center in Ispos.

Curious about neuro web copywriting and willing to start? Have a look at our blog. 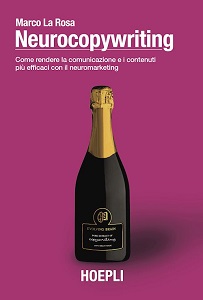